“The latest survey shows the market continues to grow steadily, with mortgage activity for first-time buyers, home movers and remortgagers in Northern Ireland all showing healthy increases from the same quarter last year, despite consumer confidence having been dented by ongoing uncertainty around the economic and political outlook.

“This consistent growth has been reflected in Danske Bank’s own figures, which showed a 29 per cent uplift in new to bank mortgage lending across all borrower types in the third quarter when compared with a year ago.

“While the Bank of England has said it will only raise interest rates very gradually, there is an expectation rates will increase at some point in 2019, which may drive further demand for fixed rate mortgages. We are seeing more people take out fixed rate mortgages, with increased demand for 5-year fixed mortgages rather than shorter 2-year deals, which may also be influenced by the current uncertainty around the possible impact of Brexit on the economy.

“There has been a steady increase in the number and value of homeowner remortgages compared with the same quarter last year, but we believe there is still room for further growth in this segment of the market into next year. 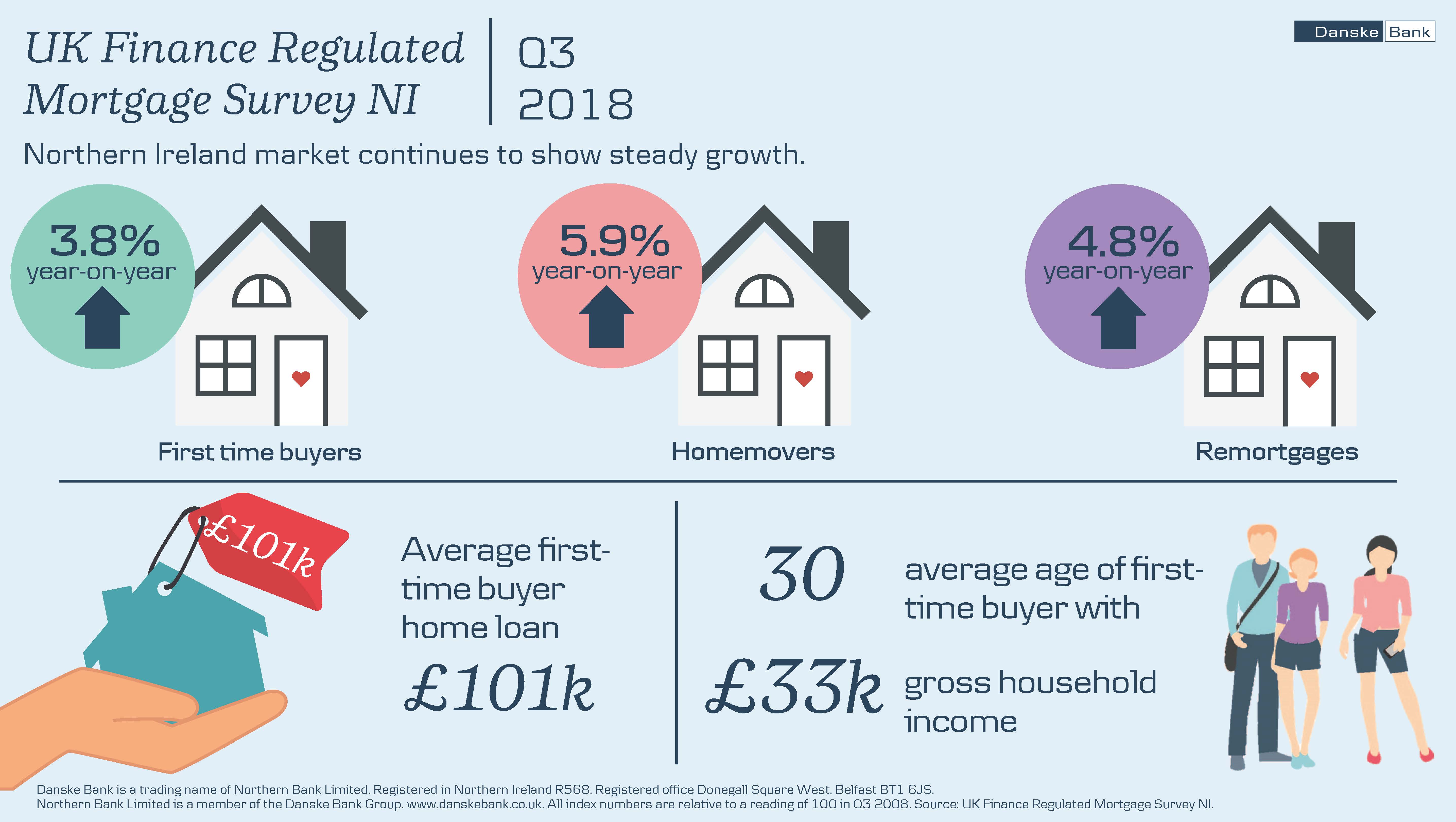