Moira-based charity Almost Home Animal Rescue has received a £5,000 Christmas charity gift from Danske Bank. The bank made the donation following an online vote open to staff, customers and the general public – where the animal charity came out on top.

Almost Home Animal Rescue was set up in 2013 to help unwanted, neglected and abandoned animals, give them a chance of happiness and help them find their “fur-ever” homes. The charity is currently home to around 100 dogs and puppies, more than 50 cats and kittens, 15 (lucky) turkey, 2 pigs, a 6-foot snake and many more animals.

Entirely self-funded and run by a small team of dedicated volunteers, all money raised for Almost Home goes directly towards the feeding and caring of the animals – which can involve expensive vet bills.

As part of the Christmas charity gift initiative, Danske Bank also made donations to the runners up of the vote – Northern Ireland Children’s Hospice and Air Ambulance came second and third, receiving £3,000 and £2,000; Foyle Search and Rescue and Alzheimer’s Society Northern Ireland received £1,000 each.

Kevin Kingston, Chief Executive Officer at Danske Bank UK, said: “As a local bank, it’s really important to us that we support our local community. We’re delighted to be able to help five really brilliant local charities this Christmas.

“Almost Home Animal Rescue is an amazing operation, it’s completely volunteer-led and there just isn’t a day off for the people involved here. It’s been great to visit the charity and we’re looking forward to seeing how our donation will help it grow.”

Karen Matthews, Almost Home Animal Rescue’s founder, added: “We just want to say a really big thank you to everyone who voted for Almost Home Animal Rescue, and to Danske Bank for the Christmas donation. Christmas is a tough time for animal shelters, it’s a really busy period for us, but all of the hard work is worth it when you see the animals heading off to their forever homes.

“We’ll be putting the donation from Danske Bank towards a brand new cattery at our premises. Over the years we’ve had more and more cats arrive to the shelter and it’s time they had their own space.” 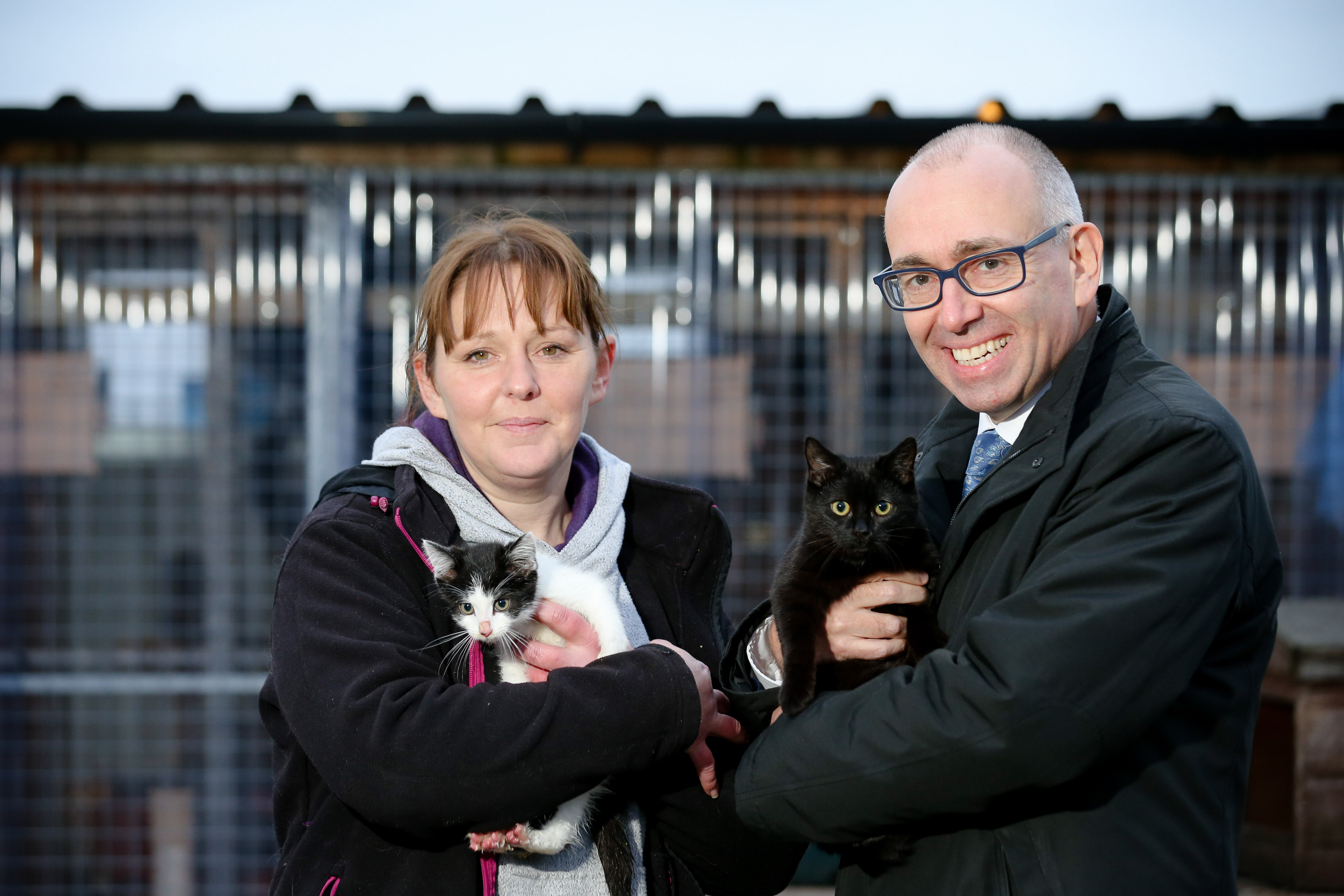